We wouldn't be where we are without our awesome team!

Our Advisory Council is responsible for planning and facilitating events that allows CFC to flourish.

juli@carolinafilmcommunity.com | Juli Emmons is a film actor, director, casting director, and mother of three. But, mostly she’s a pioneer. Juli is pioneering film advocacy and creation in Charlotte, and she provides a place for filmmakers in the Carolinas to network, learn, grow, and create. She created the first film community of its kind in the Carolinas, the Carolina Film Community.

A lifelong lover of film, and dramatic arts, Juli got her start in the industry acting in stage plays and progressing into film acting. Over the years, she worked on several aspects of filmmaking and now works primarily in extras casting with more than 30 projects on her resume, including Tammy, The Longest Ride, SpongeBob SquarePants 2, You Are Here, and The Taking of Deborah Logan (for which the CFC hosted a Premiere and Red Carpet event). She has worn writer and producer hats for the last two years producing award-winning short films. She is a recipient of the 2016 50 Most Influential Women in Charlotte Award and was also voted Sexiest Local Woman of 2016 by Elevate Magazine in Charlotte.

Juli’s strong passion for film is what drove her to found the CFC in April 2009. Since its inception, the CFC has provided education, fellowship, and advocacy for filmmakers in the Carolinas as well as providing incentives to create films, a screenwriters’ workshop, a podcast series, and a platform for screening film and television productions. Juli has sat on the board of the NC Production Alliance(Secretary) since 6/2014.
Since 2015, the Charlotte Film Festival honored the CFC by allowing the CFC to host and create one of the evenings–“A Night with Carolina Filmmakers” where the CFC showcased works from Directors and Producers from the Carolinas followed by panel discussion and meet and greet. 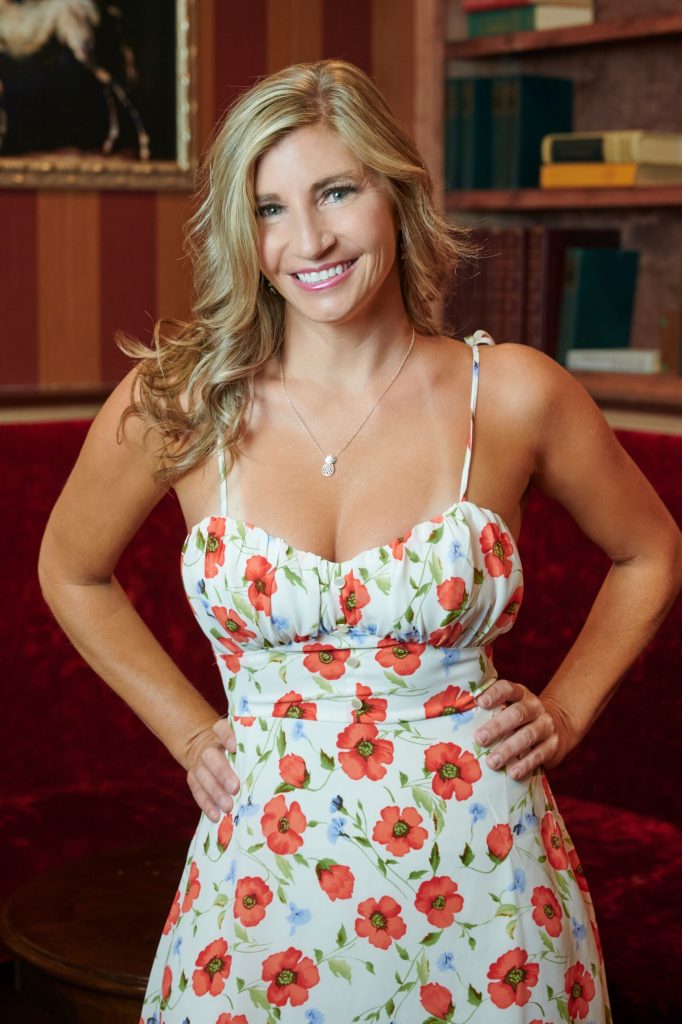 rachel@carolinafilmcommunity.com | Rachel M. Payne learned Spanish while living in Bolivia, South America during high school. She returned to the US to study theatre and business at a small university in Mississippi, where she tried her hand at all aspects of creating theatre and trained in classical singing. She focused her studies in acting in a conservatory style training program under Kathryn Gately, a first generation student of Sanford Meisner, and at the Moscow Art Theatre School in Russia.

Rachel began working as an actress in Chicago, performing in theatre, short films, streaming series and radio. Interested in creating content, she began writing with an international startup on series and features, and reviewing films and live performances for an online magazine.

Rachel moved into coordinating film production and assisting a talent agency while continuing to develop content, including songwriting. Leaving Chicago, she went to Boston to produce spots for a lifestyle and entertainment African television channel, and began directing digital marketing campaigns for African talent.

As her family began migrating from Chicago to sunny Charlotte, Rachel joined them in December of 2016–and aren’t we lucky!? She continues to work in film and marketing, and has begun volunteering her time for the Charlotte Film Festival. She has served as the media coordinator for the Carolina Film Community since early 2017, and is excited to be asked to join the Advisory Board for 2018!

christie@carolinafilmcommunity.com | Christie is an NC Rostered, Trauma-Focused – Cognitive Behavioral Therapist who specializes in working with kids and teenagers. She is the author of the children’s book The Adventures of Pep the Pup, a story that focuses on dealing with the epidemic of bullying among children.

She is also a licensed counselor and a professional model. 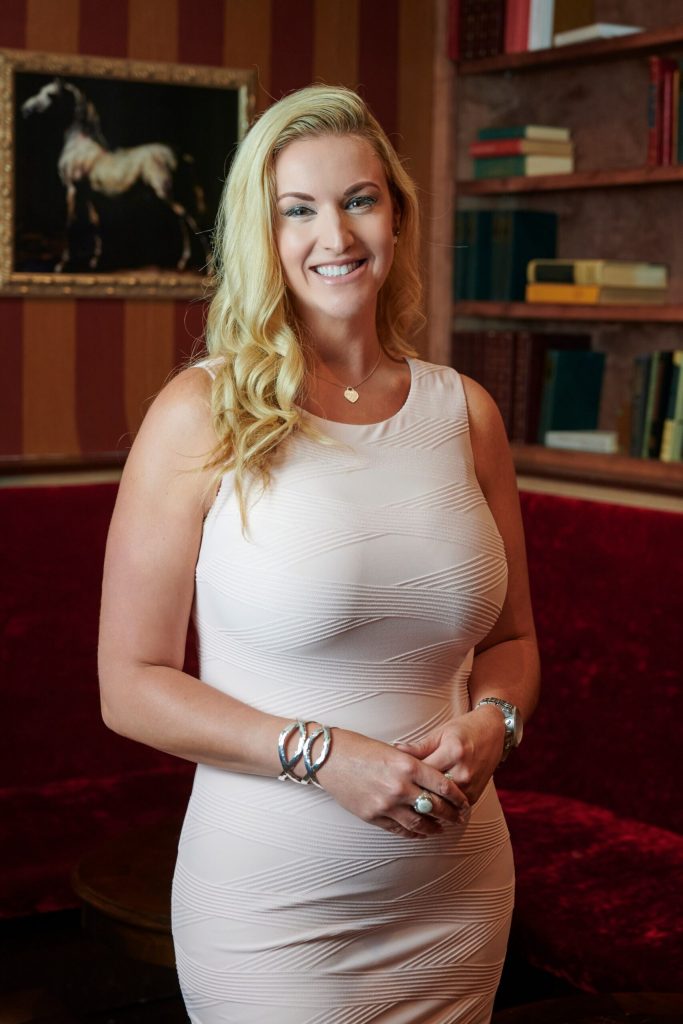 adam@carolinafilmcommunity.com | Adam is an Entertainment Creative & President of Creative Chops Studios, based in Charlotte, NC. Originally from Virginia, Franklin graduated with a B.S in Digital Media (Art Minor) from East Tennessee State, then moved to LA and began working in feature film advertising. He spent the better part of a decade as a Motion Graphic Artist for clients such as Warner Bros., Universal, Fox, Lionsgate, and ESPN, before launching Creative Chops Studios in 2010.

He and his team now pursue storytelling through commercials, trailers, music videos, and film. His emphasis is to become a feature film director.

“Film is an extremely powerful medium that can intimately affect strangers, expand new and different paths of thought, and touch us all on different emotional levels. My passion for directing comes from the hope of affecting and influences others in some positive way, through storytelling.” 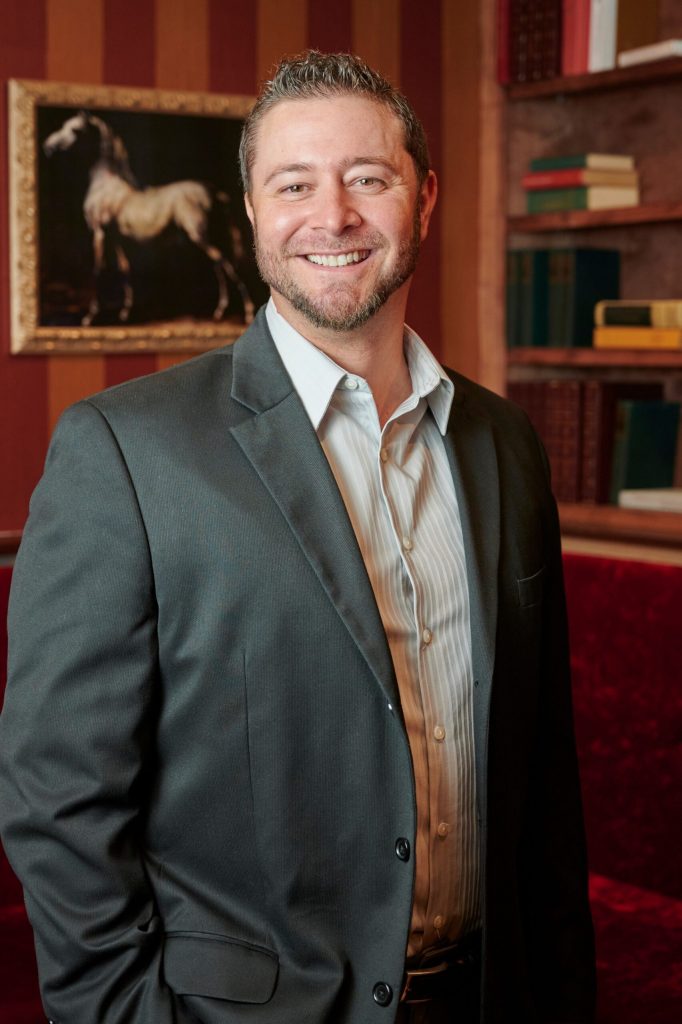 Marty Siu (Turner) is a loving mom, wife, and film professional. Her career in the film industry spans over 30 years. She wears many hats and is most known for her work in casting. Marty holds a degree in tv production from Leeward Community College in Pearl City, Hawai’i, and has credits in Casting, Extras Casting, Craft Services, and Producing. She’s currently the creator and producer of Urban Meals, a cooking show where every meal cooked serves the homeless in Wilmington and Charlotte. Marty has a wealth of film knowledge and a big heart for her Carolina film family. 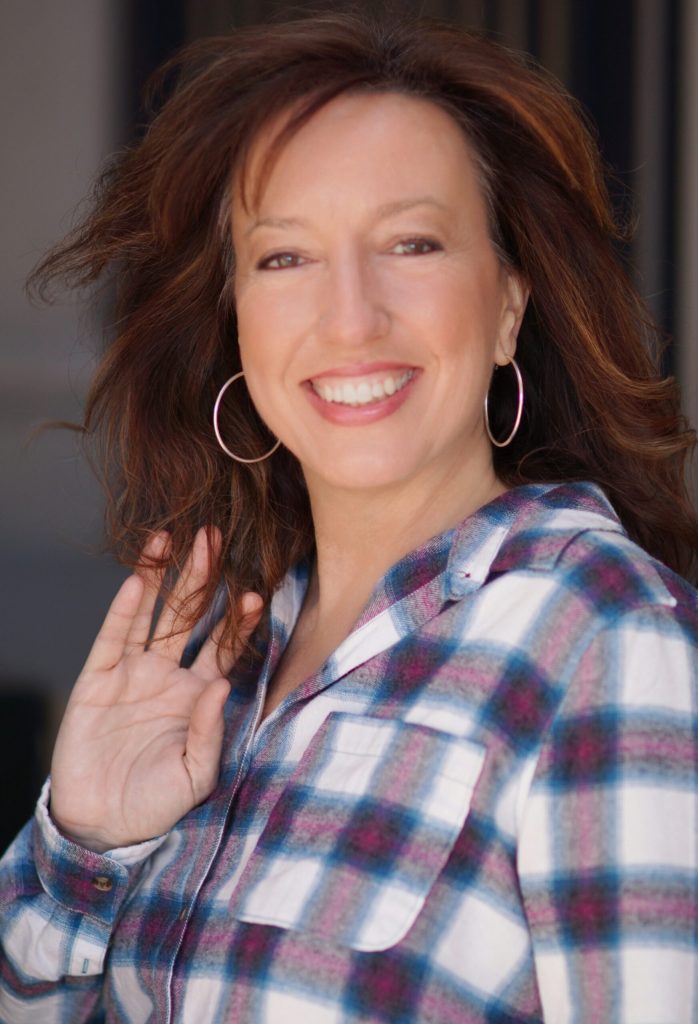 taylor@carolinafilmcommunity.com | Taylor grew up obsessed with movies and was inspired to study film by her idol, Nora Ephron. She ended up graduating with honors from the University of North Carolina at Wilmington with a Bachelor’s degree in Film Studies and Journalism. Originally from Charlotte, North Carolina, Taylor’s passion for all things film and photography-related has driven her to work on various projects in both documentary and narrative mediums.

Taylor’s proudest accomplishment to date is having been part of the post-production phase of a documentary feature, Jewish American Soldiers: Stories from WWII. Since its official premiere in Charlotte, it has aired on PBS stations nationwide, become available for rental and purchase on Amazon Prime Video, been selected to screen at the 9th Charlotte Film Festival, and been included for historical preservation in the United States Holocaust Memorial Museum. It also recently received an Emmy nomination in the Musical Composition/ Arrangement category.

Taylor previously worked as a Production Assistant at Full Scale Productions in Charlotte and is now looking for other opportunities in the film industry, specifically within the documentary field. She continues to play an active role in the Charlotte cultural arts scene.  Apart from serving as an Advisory Council Member for the Carolina Film Community, she is also Programming Director for the Charlotte Film Festival, an usher for Blumenthal Performing Arts, and a volunteer for the Charlotte Film Society.

Check out her work at taylormontalto.com. 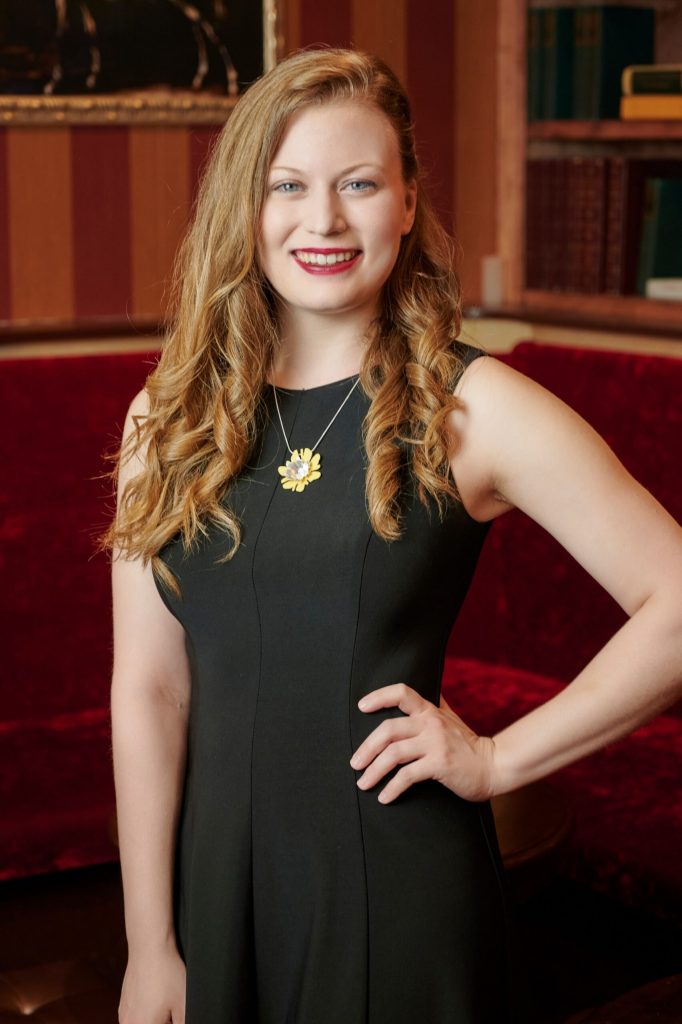 asha@carolinafilmcommunity.com | Walt Disney once said, “It’s kind of fun to do the impossible.”
And Asha Chai Chang continues to prove him right.

Stagnancy is not an option for her dynamic nature. Her analytical mind earned Asha Chai-Chang a Bachelor of Science in Business Administration with Honors – Concentration in Finance, Insurance, Economics, and Actuarial Science paired with a Minor in Cinema. As well as an Honors Diploma in Political Science and Pre-Law from Yale University, she collected all ingredients needed for success.

A decade of experiences later, her path includes many milestones: Asha Chai-Chang is an Award-winning Director, Writer, and Producer. As CEO of Love My
Productions, she creates comedic shorts, thrillers, family-friendly content, and episodic delights such as “AshaDorable” to entertain diverse audiences on a global scale. She oversees most projects she works on from conception to completion.

As a member of Women in Film & TV Atlanta (WIFTA), Premier member of Black Businesses of Charlotte, Women in Media, Black Girl Gamers, and sought-after film panelist and motivational speaker, Ms. Chai-Chang assists and leads productions ranging from commercial and shorts to two feature-length films in pre-production. She encourages film enthusiasts, actors/actresses, and crew to connect with her through www.lovemyproductions.com and via media platforms.

Named Best Director for the Top Indie Film Awards, taking home numerous other awards for her films, and continuing to receive nominations regularly, Asha is grateful to create the world she wants to see through film and explore subcultures with her audiences. Since her award-winning films, “Cruise Control” and “Spoiler Alert,” critics have noted her ability to shine light on the fact our outer appearance does not dictate our interests on a human level. Ultimately,
we share a key attribute: we all enjoy being entertained. Ms. Chai-Chang also works as a Market Manager for Fortune 500 Companies. Asha volunteers as a Motivational Speaker for the YES Institute, is a frequent panelist for Comic Conventions, and is a member of the Queen City Game Club, teaching children the benefits of learning strategy and collaboration through gaming.

In addition to her plethora of talents, Asha never ceases to strive for knowledge and education. She implements new skills and expands her repertoire in each of her many fields. Her life is a testimony that once again it’s kind of fun to do the impossible. 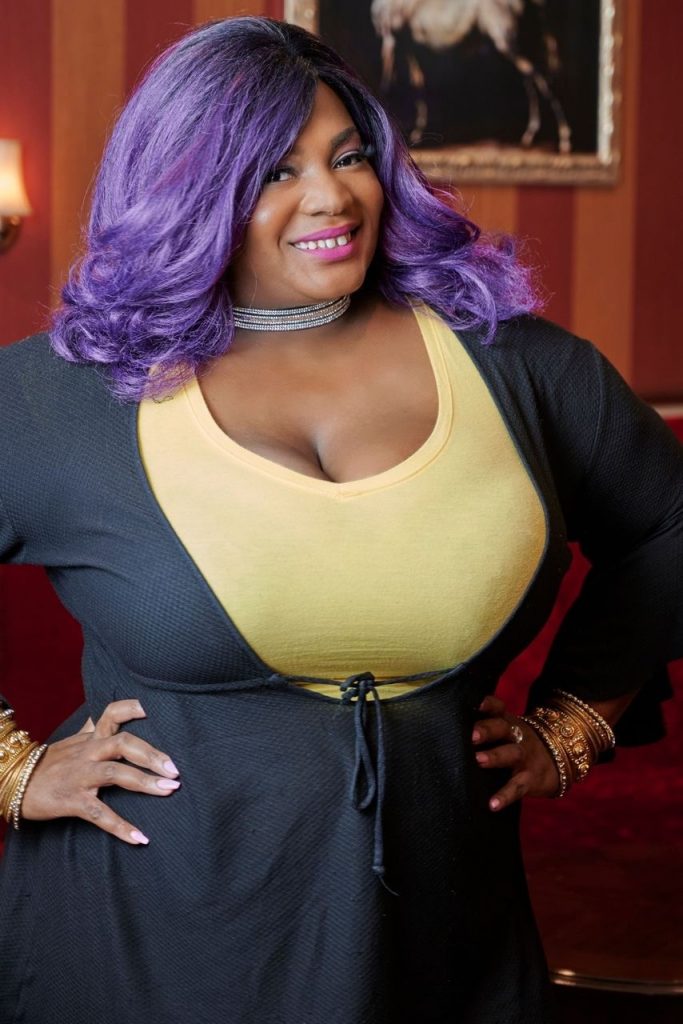 Chris Gervais grew up in the south, going to the movies once a week with minimal deviation.

His short films have played all over the world and garnered awards like “Best Local Grit” at South Carolina’s Indie Grits Film Festival and “Best Screenplay” at Skyline Indie Film Festival. He was selected for the 2016 Sundance Screenwriters Intensive and won the Sundance Collab Screenwriting Competition, Sept. 2018.

His post apocalyptic adventure script, Deathless was adapted into a short film in 2020 In addition to many “Best Short” awards, it received multiple writing and storytelling awards. 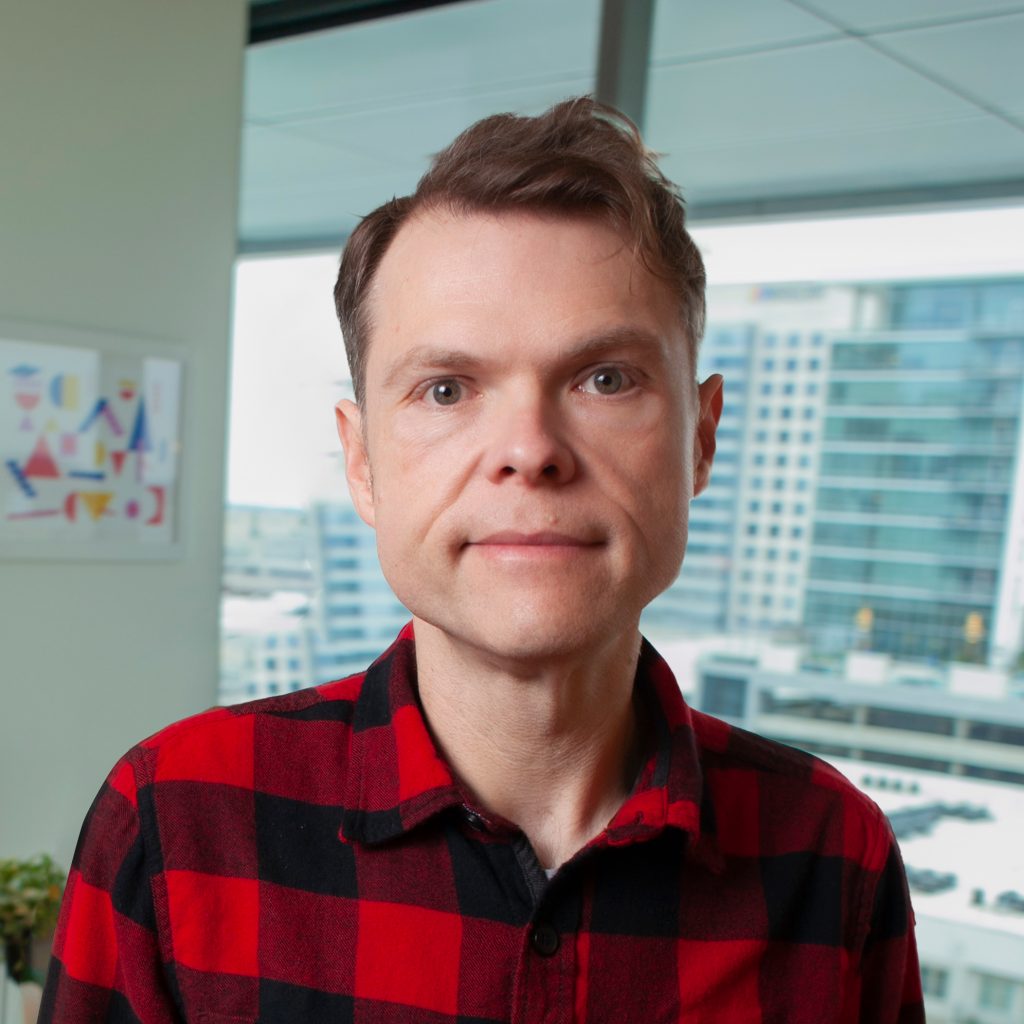 Samar Dahir is a native Charlottean who enjoys meeting new people, and loves thought-provoking films and television shows! She earned a BA in Psychology and Communication Studies – Public Relations from UNC Charlotte, and pursued further educational opportunities in Digital Film Production and Broadcasting.

She has had the opportunity to serve as a Production Assistant on short films and loves being on set! She enjoys working with top-notch professionals, wearing several hats and lending a helping hand. She appreciates opportunities to learn different facets of the film business, and believes it’s an asset to have multi-dimensional skills. She likes to have various ‘irons in the fire’, and looks forward to working on more exciting film projects with other passionate individuals!

Samar also enjoys writing, and she’s inspired by the many people she knows and has met. From friends, relatives, and coworkers whose lives write their own scripts, to various customers she’s worked with and absurd situations she’s witnessed, Samar has many stories to tell! She also draws inspiration from her favorite films and TV shows, as she is in awe of exceptional dialogue and moving stories- (shout out to “This is Us”). Furthermore, she’s encouraged by stories of strength, determination and resilience from both ordinary people and public figures alike.

Samar finds beauty in, and appreciates the simple things in life, and she believes it’s important to continue learning, growing, and evolving.

In her spare time Samar also enjoys reading, yoga, long walks, cooking, and traveling! Come say hello when you see her at a meeting! 🙂

Coven is a writer, actor, and director with a knack for business and marketing. She plans to open a multimedia production company that can give her audience something that they might not have seen before. The end goal is to grow that production company into a valuable resource for the film community while continuing to pursue screenwriting and acting herself.

In the meantime, she enjoys collaborating with other creatives in the community in order to gain more hands-on experience and soak in as much knowledge as she can get her hands on!

When she’s not focused on film, she enjoys playing guitar, coloring in adult coloring books, and language learning. As of right now, she has been learning Spanish for 6 years and Korean for 2 years. She would eventually like to become comfortable enough with speaking those languages and at least one more to consider herself a polyglot. She’s tentatively got her eye on Arabic. 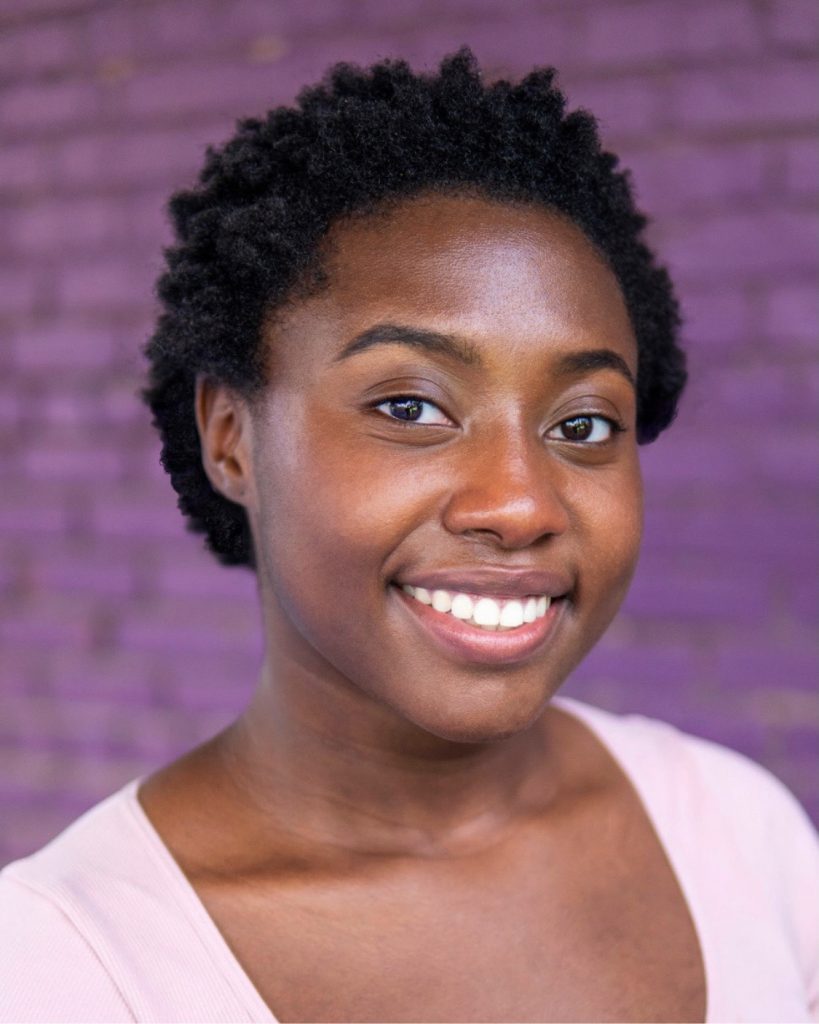